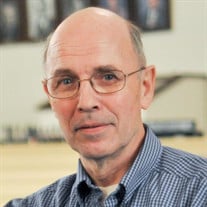 Atlee Anderson, age 80, of Hammond, Indiana, went to his final home in Heaven early Wednesday morning, October 6, 2021. He is survived by his wife of 56 years, Janet; his children, Atlee II of Huntsville, AL, Chandra (Robin) Pfeiffer of Merrillville, IN, and Lianne (Ed) Bacon of Rural Hall, NC; his grandchildren, Ryan, Shelby, Bryan, Kimberly, Andrew, Kayla, Kenny, Keith, Khloe, Kurt, Kevin and Kaleb as well as 9 great-grandchildren; his sister, Elaine Firth; his brothers Keith, Myron and Otto; and many nieces and nephews. Preceding him in death were his parents, Otto and Margaret Anderson; sister Veva Purvis; and brothers-in-law Jack Purvis and Leslie Firth. He was born on Feb 13, 1941, in Mercer, PA, where he grew up on a dairy and potato farm with his 2 sisters and 3 brothers. Atlee joined the Army in June of 1962 at the age of 21 and was honorably discharged in June of 1965. While in the Army, he met Janet Evans. They married after her discharge in April of 1965. Once married, the couple lived for a few years in Pennsylvania where Atlee and Chandra were born. They later moved to Ohio where Lianne was born before settling in Hammond, Indiana in 1974. It was there Atlee attended Hyles Anderson College and earned his Bachelor's and Master's degrees in education while working full time. He worked for NCR, National Cash Register, for 27 years, as well as several other companies in the area before retiring. One of his greatest goals was to be a blessing and help to those around him. He never met a stranger and strived to make the day a little brighter for each and every person he met. For more than 45 years, Atlee drove a Sunday school bus to bring people to church to learn about Jesus. At church, he spent his morning teaching and working with teens and adults with special needs. He served as a deacon and an usher at First Baptist Church for decades. He chose to invest in people and always see the best in them. Living his life this way, Atlee exemplified Matthew 25:40 "Inasmuch as ye have done it unto one of the least of these my brethren, ye have done it into me.“ Monetary donations should be made to the Pathfinder Department (special needs teens and adults). You may do this online at fbchammond.com/give/ click on “give online” button, click on “fund”, from the list choose “special-comment required”, enter Pathfinder Dept in note box. A visitation will be held on Tuesday, October 12, 2021 from 5-7 p.m. at Memory Lane Funeral Home 6305 W. Lincoln Hwy Crown Point, IN 46307. Service will be held on Wednesday, October 13, 2021 at 1 p.m. with a brief visitation one hour prior. Burial to follow.

The family of Atlee Anderson created this Life Tributes page to make it easy to share your memories.

Atlee Anderson, age 80, of Hammond, Indiana, went to his final...

Send flowers to the Anderson family.