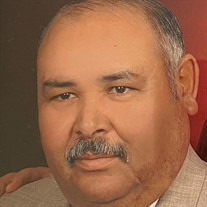 Bautista H. Franco, age 70, of Hammond, IN passed away on Wednesday, December 30, 2020. He was born on July 10, 1950 in Puerto Rico to Vicente Franco and Irene Hernandez. He is survived by his Wife, Mirna I. Franco; Son Nelson Franco, Martha... View Obituary & Service Information

The family of Bautista Franco created this Life Tributes page to make it easy to share your memories.

Bautista H. Franco, age 70, of Hammond, IN passed away on Wednesday,...

Send flowers to the Franco family.