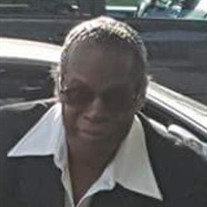 Donald Bailey, 73, of Hammond, IN, passed away on February 6, 2018. He was born on April 3, 1944 in East Chicago, IN to Randolph and Georgi-Ann Bailey. He was married to Rita Bailey in 1985. Donald was a 1962 graduate of Washington High School in East Chicago, IN. After graduating from high school, Donald enlisted in the Army and became a Paratrooper. He also received an Armed Forces Expeditionary Medal, National Defense Service Medal and received an Honorable Discharge. After serving in the US Army, Donald came back to the Calumet Region and began working at Inland Steel. Donald is survived by his wife, Rita Bailey of Gary, Indiana; sister, Mildred (Donald) Brooks of Texas; brothers: Aldoph Bailey of Chicago, IL and Norman Bailey of Indianapolis, IN. He is also survived by a host of nieces and nephews, great nieces and nephews, a great, great nephew, and a host of cousins. Donald was the bond that held the Bailey family together. He will be greatly missed. He was preceded in death by his parents, Randolph and Georgi-Ann Bailey; brothers: Richard L. Bailey, Randolph C. Bailey, Alfred Bailey, Leroy Bailey, and Floyd Bailey; his niece, Desirie Bailey-Gin; and great-nephew, Steven Sangster. At Donald’s request, there will be no Funeral services. In lieu of flowers, donations may be made in memory of Donald Bailey to the National Prostate Cancer Foundation, www.pcf.org. Memory Lane Funeral Home, 6305 W. Lincoln Highway (US 30), Crown Point, Indiana is handling the arrangements.

The family of Donald Bailey created this Life Tributes page to make it easy to share your memories.

Send flowers to the Bailey family.