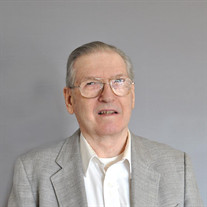 James L. Stephen, age 80, of Schererville, Indiana died peacefully on January 17, 2022. Mr. Stephen is preceded in death by parents, Joseph M. And Teresa C. Stephen, sister, Patricia A. (James Klein) and nephew Joshua D. Klein. He is survived by brother, retired Colonel Stephen R. Stephen (Janet Golcher), nephews Brian J. Klein and Sean Stephen and nieces, Sarah A. (Drew Ruesze), and Margo T. (Sean Jackson). He also leaves behind great nieces, Teal Klein, Makayla Klein, and Mackenzie Ruesze. He is also survived by his aunt Betty L. Sims and numerous cousins. James is a veteran of the Vietnam War, where he earned an Armed Forces Expeditionary medal. He served six years in the Navy in Vietnam as an electronics technician. James was stationed on several ships replenishing destroyers and aircraft carriers in the Tonkin Gulf in the south China sea. James retired with 34 years of service from Keyes Fiber in Hammond, Indiana. He worked in the shipping department driving a lift truck for 17 years and also worked in maintenance on the die crew. On March 31, 1974, James accepted the Lord Jesus Christ as his personal Savior. He was a member of Bible Baptist Church in Highland, Indiana where he served as the treasurer, financial secretary and was personal driver for Pastor Poole for many years. Visitation will be held on Wednesday, January 26, 2022 at 9:30 a.m. at Memory Lane Funeral Home 6305 W. Lincoln Hwy, Crown Point, IN 46307. A video tribute will be running. Services will follow at 11am with Jim Payte presiding. A funeral luncheon will follow at Bible Baptist at 8720 Orchard Drive, Highland, IN. Everyone is invited. There will be full military honors with rifle volleys, presentation of flag and taps. He will be interred at Memory Lane Cemetery.

The family of James Stephen created this Life Tributes page to make it easy to share your memories.

Send flowers to the Stephen family.