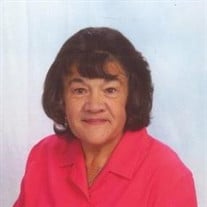 Louise Stevenson was born on January 2nd, 1947. in Bloomington, IL to Robert and Esther Neill. Her family moved several times throughout her childhood ending up in Tampa, Fl. Her favorite place to visit during her childhood was her grandfather’s farm in Illinois. She loved helping her grandfather with the farm animals. As an adult one of her favorite things to do was riding through the country looking at old barns and enjoying the farmlands and reminiscing of the days of her childhood with her grandfather. She is survived by her sister Marilyn (Jack) Butler; children David (Janie) Stevenson, Esther (Jonathan) Torbenson, Davida Stevenson, and Amanda (Robert) Nelson; and 8 grandchildren; one niece; and two nephews. She was preceded in death by her parents and sister Connie McDannold. She attended Robinson Highschool where she played the flute in the marching band. After high school Louise attended a local college and received her associates degree and started her career as a dental hygienist which she was for over 40 years. During this time Louise moved to Washington state as a pastor’s wife where she raised their 4 children. She was usually up at 5 a.m., worked all day, came home at 5 p.m., fixed dinner, cleaned the house, and then ended every evening reading to her family. She always started with the Bible, followed by books such as little house on the prairie, Funny animal books, or books about missionaries. Every evening without fail you would see her reading her bible and having her personal devotions before bed. In the spring of 2005, she moved back to Florida to care for her father. She lived there until November of 2020 when she moved to Indiana to be closer to her kids. She often said, “My biggest accomplishment in life are my kids and my grandkids.” She would brag about them to anyone who would listen. Anyone who knew her knew she loved books! When she moved to Indiana most of her books were put in storage. Israel took her to a Thrift store so she could get something to read. When he brought her home, she had picked up a “few” books. 107 to be exact. Louise was very hard of hearing. Because she had such a hard time hearing one on one, she would pass out tracts at every opportunity. She never met a Stanger that she did not give a gospel tract. She loved the bible verse Daniel 12:3 “And they that be wise shall shine as the brightness of the firmament; and they that turn many to righteousness as the stars for ever and ever.” Looking back, we can see the Lord working. She purchased a house with Davida in June, of 2021. The house needed some work so while the house was being worked on Louise was able to spend 3 months with Mandy and her family, including 4 grandkids. She then spent 2 months with Israel and Janie and her final 2 months with Davida in their new house. Her last week here on earth was filled with playing games and spending time at the Brocks. She also enjoyed cooking a special lunch for Israel and Janie. With Davida she loved playing boggle and doing puzzles. On Monday, via facetime with Mandy, she was thrilled to find out she was going to have another grandbaby. Although we thought we had many more years with her, God had other plans. On Thursday February 3rd, Louise went home to be with the Lord. As hard as it is to lose her, we know where she is. The first voice she was able to hear clearly in over 30 years was her Savior's. Services will be held Tuesday, February 8, 2022 at 12 p.m. with visitation one hour prior at Memory Lane Funeral Home 6305 W Lincoln Hwy, Crown Point, IN 46307. Internment to follow.

Louise Stevenson was born on January 2nd, 1947. in Bloomington, IL to Robert and Esther Neill. Her family moved several times throughout her childhood ending up in Tampa, Fl. Her favorite place to visit during her childhood was her grandfather&#8217;s... View Obituary & Service Information

The family of Louise Stevenson created this Life Tributes page to make it easy to share your memories.

Send flowers to the Stevenson family.