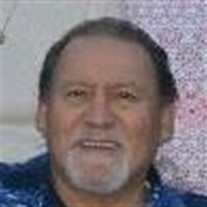 Paul John Matthew Postelmans, 69, of Cedar Lake, Indiana, entered Heaven peacefully on January 11, 2017. He is survived by his wife of 39 years, Joanne; his daughter, Christina (Kenneth) Amend of Aurora, Colorado; his step-daughters: Rebecca (Paul) Coulis of Dyer, IN; Pauline (Dennis) Huddleston of Cedar Lake, IN; and Kim (Ray) Roberts of Pawnee, Illinois. Paul was the proud grandfather to 10 grandchildren and also 10 great-grandchildren. He is also survived by his siblings--brothers: Peter (Victoria) Postelmans of Valparaiso, Indiana, and William (San) Postelmans of Lakeland, Florida; a half brother, Frank (Lois) Mansur of Hayden, Idaho; sisters: Marianne Wessoly of Mason City, Illinois, and Priscilla (Patrick) Fuller of Lincoln, Illinois; and a sister-in-law Chris Postelmans of Crown Point, Indiana. Paul was preceded in death by his brother, Louis Postelmans. Paul was raised in a military home and was born overseas in Indonesia on April 30, 1947. At the age of 14, when Paul’s dad finished his military career with the Dutch Marines, the family immigrated to the United States. Paul taught himself how to play the guitar and he loved to sing everywhere he went. Fishing was a beloved hobby and he always had time to catch a fish. He and Joanne were members of the Village Church in Dyer, Indiana. At the family's request, no public funeral services will be held at this time. Memory Lane Funeral Home, 6305 W. Lincoln Highway (US 30), Crown Point, Indiana, are handling arrangements. www.memorylanepark.com

The family of Paul John Matthew Postelmans created this Life Tributes page to make it easy to share your memories.

Send flowers to the Postelmans family.