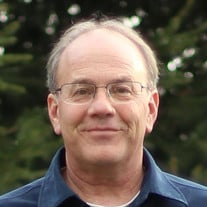 Richard “Rick” Lee Borkowski, 59, of Crown Point, Indiana, passed away on Wednesday, August 9, 2017. Rick was born on October 16, 1957, in Marinette, Wisconsin, to William Borkowski and Shirley (Vanderbloomer) Borkowski. Rick graduated from Coleman High School in 1975 where he was both a football player and wrestler. Long before his school days were over, Rick began working for his father’s plumbing business on weekends and summers. On October 25, 1975, Rick married Pamela Bieber. Through the years, Rick and Pam had three lovely children: Jamie, Jodie, and Jared. In 1988, Rick moved his family to Northwest Indiana from Pound, Wisconsin, to attend Bible college. His deep-rooted love for God extended to many various ministries throughout the years. Rick worked on bus routes bringing many inner-city children to church each Sunday. Rick also served the Lord each week with other men of his church by holding services at city jails and state prisons. Most recently, Rick taught a teenage boys Sunday school class. While the group of people to whom he ministered changed throughout the years, one thing never changed—his love for people. For over 20 years Rick has been the owner of Borkowski Plumbing, primarily servicing new homes in Northwest Indiana and south Chicagoland. Rick worked daily with his son, Jared, and employed his grandsons during the summer—teaching a fourth generation of plumbers. Rick could be described in a few simple words: he was a man with a heart of gold. If he knew you were in need, he would give the shirt off his back to help. Some of Rick’s favorite things to do in life included teasing his grandchildren, taking trips to Hawaii, whistling as he walked, talking to other contractors, going out to eat, and walking around the Lake County Fair. Rick was preceded in death by his father, William, only two months ago. Rick is survived by his wife, Pamela, and their three children: Jamie (Brian) Hasse, Jodie Borkowski (Travis Evans), and Jared (Rachel) Borkowski. Rick and Pam have 8 grandchildren: Troy Hasse, Jace Borkowski-Caldwell, Trevor Hasse, Trinity Hasse, Reagan Borkowski, Brit Borkowski, Beau Evans, and Reese Borkowski. A viewing will be held on Sunday, August 13, 2017 from 4:00 - 6:00 p.m. at the Memory Lane Funeral Home, 6305 W. Lincoln Highway (US 30), Crown Point, Indiana. The funeral service will be on Monday, August 14, 2017 at 10:00 a.m. at Memory Lane Funeral Home. Burial will immediately follow the service. You may leave a condolence and order flowers on the funeral home website: www.memorylanepark.com Please call the office for further information at (219) 322-2050.

The family of Richard Lee Borkowski created this Life Tributes page to make it easy to share your memories.

Send flowers to the Borkowski family.