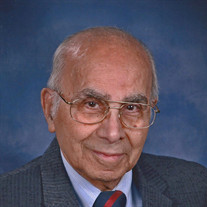 Robert H. Cannon, age 92, of Crown Point, Indiana, passed away on Friday, January 25, 2019. He was born on January 29, 1926 to Hoormazid & Maria Cannon in Gary, Indiana. He is survived by his son, Richard Cannon; grandson, Ryan, and granddaughter, Savanna; his very dear friend and companion, Marina; and many nieces, nephews, cousins, extended family and friends. He was preceded in death by his parents, Hoormazid (Herman) and Maria Cannon, and his loving wife, Marie. Robert was a graduate of Emerson High School, Class of 1944. Upon graduation, he enlisted in the United States Navy, and underwent basic training at the Great Lakes Naval Training Center. He then received Electrical Schooling in Bainbridge, Maryland, and St. Louis, Missouri, where he graduated at the top of his class. He served as an Electrician’s Mate in the South Pacific aboard the USS Jason, a Destroyer Tender, until W.W. II ended. He was then transferred to the LST 505 from where he headed the Motion Picture Exchange serving ships in the harbor off the Korean coast. After his honorable discharge from the Navy, he attended Purdue University where he obtained a degree in Electrical Engineering. At Purdue, he was an active member of Eta Kappa Nu and Tau Beta Pi honoraries. Robert retired from the USS Gary Works Engineering Department after 33 years of service. He then headed the Electrical Department of the ATSI Consulting Engineering Office in Munster, Indiana for 5 years. He enjoyed playing tennis and golf during his earlier years. His current hobbies and interests included sports, music and photography. A viewing will be held on Thursday, January 31, 2019 from 5:00 - 7:00 p.m. at Memory Lane Funeral Home, 6305 W. Lincoln Highway (US 30), Crown Point, Indiana. The funeral service will be held on Friday, February 1, 2019 at 11:00 a.m. at the funeral home with a one-hour visitation prior to the start of the service. Burial will immediately follow in the Veteran's Section at Memory Lane Memorial Park, Crown Point, Indiana. You may contact the funeral home for further information (219) 322-2050. www.memorylanepark.com

Robert H. Cannon, age 92, of Crown Point, Indiana, passed away on Friday, January 25, 2019. He was born on January 29, 1926 to Hoormazid & Maria Cannon in Gary, Indiana. He is survived by his son, Richard Cannon; grandson, Ryan, and granddaughter,... View Obituary & Service Information

The family of Robert Herman Cannon created this Life Tributes page to make it easy to share your memories.

Send flowers to the Cannon family.