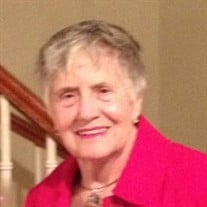 Ruth “Lorraine” Ciesar (nee Thompson) 88 formerly of Whiting late of Merrillville, passed away peacefully on Thursday, November 12, 2020. She was the beloved wife for 52 years to the late William W Ciesar, Sr. who passed away March 21, 2009. Lorraine is survived by son, former Whiting City Judge and Councilman William Jr. (Debra) of Fairfax VA.; daughter, Cynthia (Angel) Cruz of Munster along with her grandchildren: William III and Joshua Ciesar and Cydnee , Courtnee and Christian Cruz. Aunt of numerous nieces and nephews who survive. Lorraine was preceded in death by brother Vance and sister Delores (late John) Popaditch. Funeral arrangements have been entrusted to Memory Lane Memorial Park and Funeral Home at 6305 W Lincoln Highway, Crown Point, Indiana. Private services for the family will be held on Tuesday, November 17, 2020 from 9:00 am to 10 am with public viewing from 10:00 am to 11;00 am and services at 11:00 am with Brother Roy Moffitt the First Baptist Church of Hammond officiating. All services are directly at Memory Lane Memorial Park and Funeral Home. Private graveside services will follow at Concordia Cemetery in Hammond, IN. Lorraine Ciesar was born on February 21, 1932 in Whiting, Indiana to Ernst and Stella Thompson and until relocating to Munster, she was a long-time Whiting resident, a graduate of Whiting High School, Class of 1950. Lorraine was civically active in Whiting throughout her years serving 12 years on the Whiting Library Board and in earlier times served in Whiting’s Republican Precinct Organization. Never content to sit at home, throughout her life, Lorraine was a world traveler having visited numerous exotic countries and cities especially her favorite city, London enjoying the shopping on Oxford Street. Perhaps more than anything besides her love and dedication to her family, which was demonstrated by her daily “check in” wellbeing telephone calls to her children and grandchildren, was Lorraine’s dedication to her church and serving the Lord. Lorraine was a long-time active member of the First Baptist Church of Hammond where she played an instrumental role in building the church’s bus ministry and also taught Sunday school and participated in Woman’s Missionary Societies and other church events including her favorite: Missionary Service trips which in many cases took her to out-of-the way third world countries. Never out of her reach was her Bible, which she regularly read and relied upon for her daily inspiration especially during her later years when declining health sidelined her very active life. Lorraine was an inspiration to all who met her and will be sadly missed by friends and family. All were blessed to have had her in our lives. In lieu of flowers, donations in Lorraine’s memory can be made to Frist Baptist Church of Hammond Bus Ministry.

Ruth &#8220;Lorraine&#8221; Ciesar (nee Thompson) 88 formerly of Whiting late of Merrillville, passed away peacefully on Thursday, November 12, 2020. She was the beloved wife for 52 years to the late William W Ciesar, Sr. who passed away March... View Obituary & Service Information

The family of Ruth Lorraine Ciesar created this Life Tributes page to make it easy to share your memories.

Send flowers to the Ciesar family.