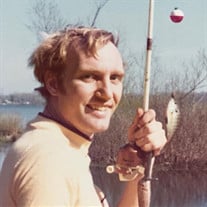 On Wednesday, December 16, 2020, Stanley (Jay) Sanders, moved on to the heavenly life. Jay, whose nickname was given to him by his maternal grandfather Kottwitz, was born in Chicago, IL on February 25, 1946 to parents Stanley and Adeline Sosnowski, who proceeded him to heaven. Jay grew up playing sports with his Cole School Cougar friends and attending St Mary Magdalene grammar school and Leo High School in Chicago. Jay loved to laugh, and most times was the source of other people’s laughter. His father, Stanley, would often say Jay laughed the longest and the loudest. After high school Jay married his wife Paulette (nee Kaminski) who also proceeded him to heaven, and had two daughters, Stacie (Rick) Schultz and Nancy (Steve) Hintz. Jay was blessed with grandchildren Jackie (Robert) Lawson, Christy Postelmans, Brad Postelman and Reece Hintz and three great grandchildren, Brandon, Chloe and Carley. Jay is survived by his older brother, Daniel (Barbara) Sanders and was “the fun uncle” to many nieces and nephews who often fell for his “smell my cologne” routine resulting in a playful, mock head lock. Jay started his working career at US Steel Southworks as a Boiler Maker and retired from Berry Bearing. Jay played first base softball for US Steel at Russell Square Park in Chicago for many years and in his free time he would fish… and then fish some more. When he wasn’t fishing, he was thinking about fishing as he watched some of his favorite sports teams, the Chicago White Sox, the Chicago Bears and Nascar racing. Of course, his favorite Chicago Tribune crossword puzzle would always be close at hand. Jay also enjoyed spending time with his family and every year he would meticulously plan a summer vacation to some fishing hot spot in Minnesota or Wisconsin. Most other weekends in the summer were spent at Hudson Lake, his favorite fishing hole in Indiana. He was blessed with a wife and two daughters who loved sports and fishing almost as much as he did. Jay was many things, but a kind soul who enjoyed time with friends and family and making everyone laugh, was at the top of the list. And so now Jay is reunited with Paulette and his parents. Hopefully Jay will have the opportunity to meet his sports hero, Walter Payton. Maybe he’ll even sing a little Chantilly Lace for Walter as he did for so many others over the years. May the fish, the Old Style and the crossword puzzles be abundant, Jay. Until we all have the pleasure and the laughter of your company again. Rest easy.

On Wednesday, December 16, 2020, Stanley (Jay) Sanders, moved on to the heavenly life. Jay, whose nickname was given to him by his maternal grandfather Kottwitz, was born in Chicago, IL on February 25, 1946 to parents Stanley and Adeline Sosnowski,... View Obituary & Service Information

The family of Stanley (Jay) Sanders created this Life Tributes page to make it easy to share your memories.